Purbapalli, a premier, non-sectarian, cultural, and charitable organization popularly associated with the most vibrant Durga Puja (Durgotsav) in Gurugram. The organization initiated with a group of nostalgic Probashi Bengalis who wanted to have a feel of Calcutta/Kolkata during the Durga Puja in Gurugram. Starting in 1988, the initial group was subsequently joined by a number of  like minded, cosmopolitan, and enthusiastic people who have come together with a vision to create a forum for organizing and enjoying cultural functions focusing around some major Bengali events but with a shared interest in art and culture. Since then, there is no looking back and the organization is ever-growing not only in terms of number of members but also has developed a strong bonding among the people who join the celebration of the Social and Cultural Committee of the organization or simply by participating in the activities.

Purbapalli have been organizing various socio-cultural events in Gurugram over the years. It has been consistently celebrating the Bengali New Year, Kabiguru’s birth anniversary, followed by Sharadotsav (Durga puja), Kali puja and Basant Utsav. Among these, the 5-day cultural extravaganza during Durga Puja, has become an extremely popular and well attended cultural fiesta in the city featuring events for kids, students, corporates, homemakers – young and old. Both the in-house cultural programs, performed by members, and the glitzy professional events attract equal crowds and applause. Our Durga Puja celebrations is one of the most attended and popular socio-cultural events in the town. It sees participation from a wide range of people spanning across various professions, backgrounds, languages, and ages.

Additionally, Purbapalli is also dedicating itself to carrying out other objectives of the organization and provides aid in different areas- charitable, social, educational, and medical activities. Though the times have changed, number of members have grown over the years, but what has remained constant is the spirit and dedication with which each of the organization individuals have consistently worked with a  great desire to reach out to people in whatever way possible. 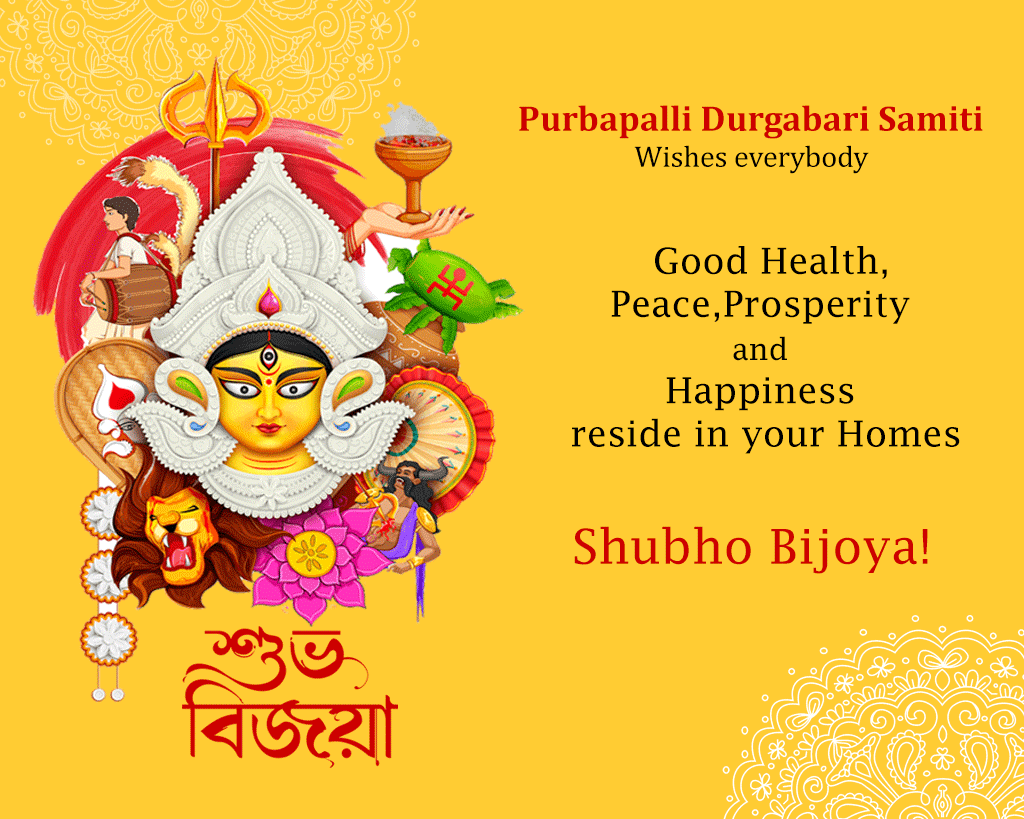